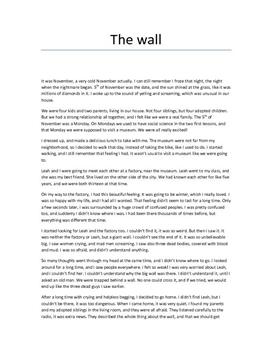 It was November, a very cold November actually. I can still remember I froze that night, the night when the nightmare began. 5th of November was the date, and the sun shined at the grass, like it was millions of diamonds in it. I woke up to the sound of yelling and screaming, which was unusual in our house.

We were four kids and two parents, living in our house. Not four siblings, but four adopted children. But we had a strong relationship all together, and I felt like we were a real family. The 5th of November was a Monday. On Mondays we used to have social science in the two first lessons, and that Monday we were supposed to visit a museum. We were all really excited!

I dressed up, and made a delicious lunch to take with me. The museum were not far from my neighborhood, so I decided to walk that day, instead of taking the bike, like I used to do... Kjøp tilgang for å lese mer Allerede medlem? Logg inn