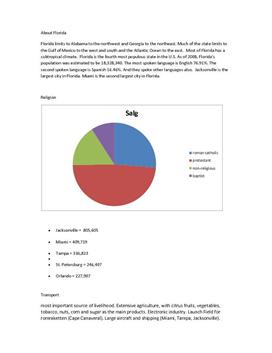 Florida limits to Alabama to the northwest and Georgia to the northeast. Much of the state limits to the Gulf of Mexico to the west and south and the Atlantic Ocean to the east. Most of Florida has a subtropical climate. Florida is the fourth most populous state in the U.S. As of 2008, Florida's population was estimated to be 18,328,340... Kjøp tilgang for å lese mer Allerede medlem? Logg inn